For Windows: the apache installer can be found at [L2 ] (it was installed under: C:\xampp)

These are the steps I have taken to setup this script and learn during that process (thanks AMG):

with the following contents:

4.- Modified the site.tcl script to match my "site" (these are the few lines that I modified)

Of course, you should also modify the mail and timezone variables for your own page. 5.- Finally, I just made a file called .desc (on my docroot folder) which contains simple lists which elements are: 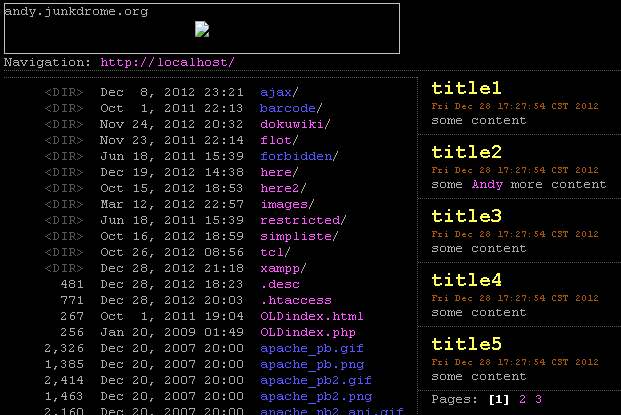