TV I'm looking into maxima for reasons of lack of mathematica license, and because there are at least half a dozen applications I find interesting for mathematical symbolic manipulation, including a tcl formula manipulator, physics problems, maybe my string simulator, (electronic) network analysis, maybe drawing certain graphs, etc, and a bit of mathematical recreation of course. 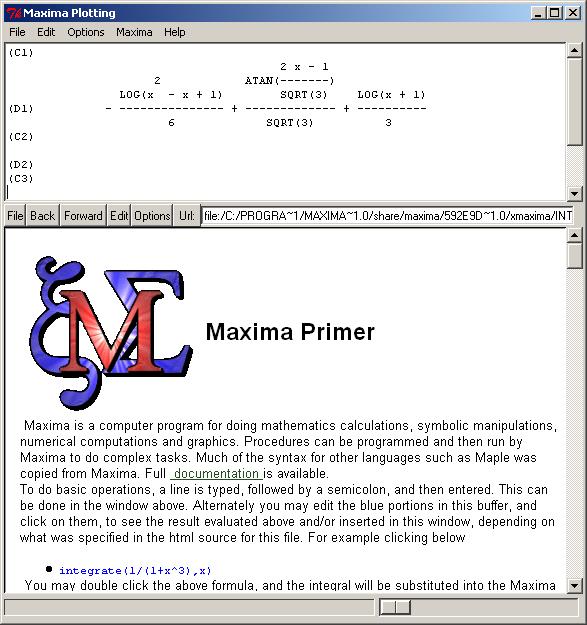 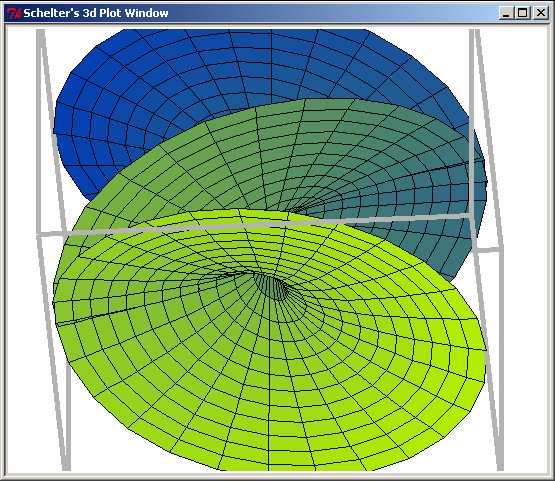 The 3D plot is not a perspective projection with fixed aspect ratio, it is not in that way correct, but it works interactive (clicking the mouse on it and translating makes it sort of rotate. Use a menu option to chose a seperate plot window.

TV (7-21-'04) As an at least 'in principle' answer, maxima has a text interface for normal user interaction, which can be used like this from the tcl console: 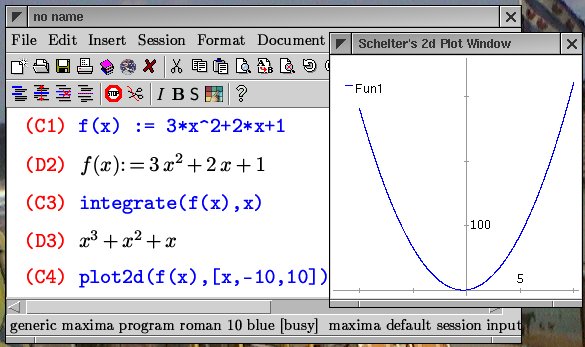