See http://wits.magicsplat.com/versionhistory.html for a list of changes since previous releases. 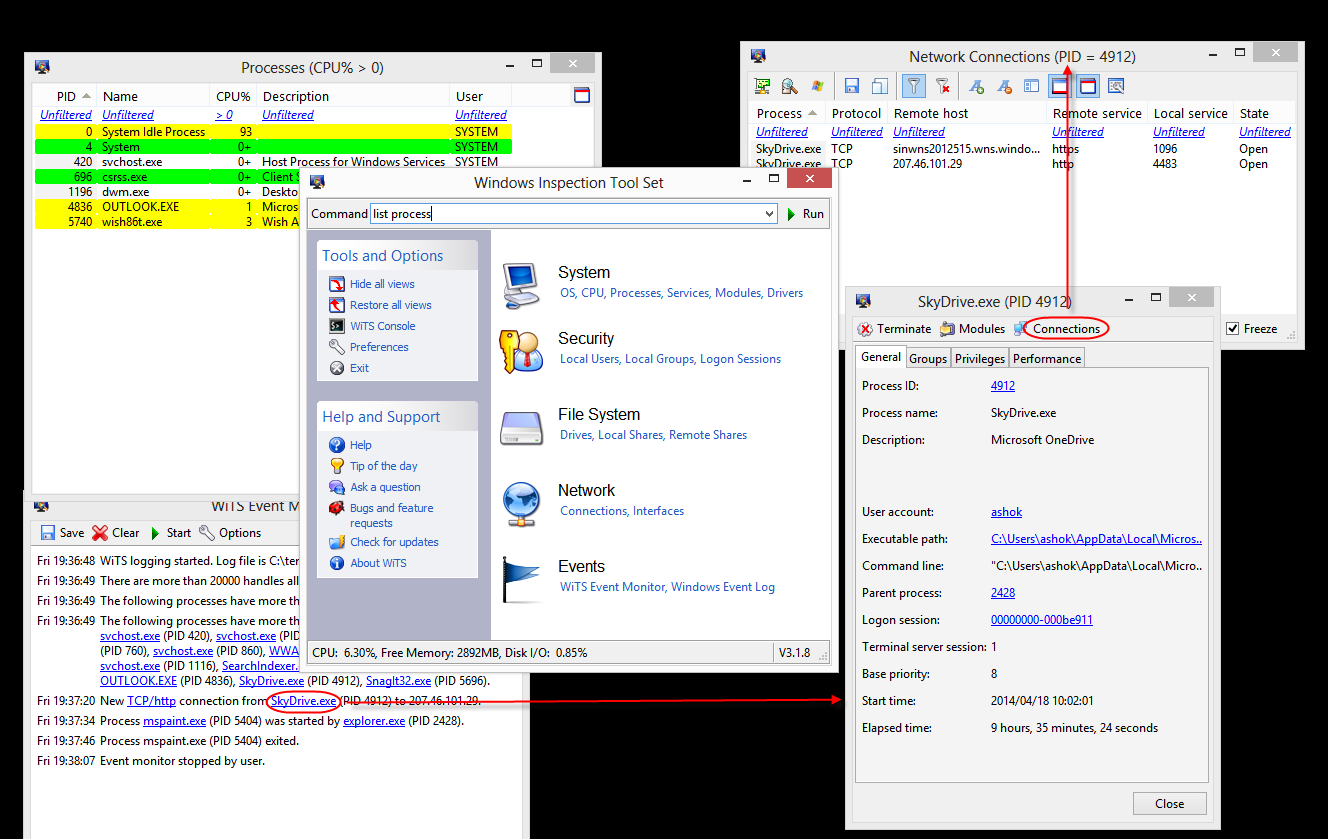 escargo 26 Feb 2007 - Somewhat against my will I have Windows Vista on a newly acquired laptop. I imagine that there are going to start being a lot of Windows Vista questions about various Tcl and Tk functions and applications. Are there any known issues with WITS and Vista? APN There are no known issues only because it has never been tested! My guess is that there will be issues with TWAPI which it uses and possibly with Tile as well. Unfortunately, I have neither a license for Vista, nor the hardware capable of running it. In case you do want to try it, the installer will refuse to install on Vista (I think), so you will need to install elsewhere and copy the wits.exe executable. Please post back with results if you do try it.

The Network Connections window could be less cpu intensive. I've got a lot of connections listed there; it could stand to be faster.