gold Here is an eTCL script on to estimate the radius or diameter of the earth using Al Biruni figures and method from the text Masudi Canon. An equation for the dip angle and height of mountain was used in computing the earth's radius. The equation is striking in that the equation involved a single location versus two locations. Spelled Al Biruni , Al Beruni, Al Bayrooni (born 5 September 973 CE) 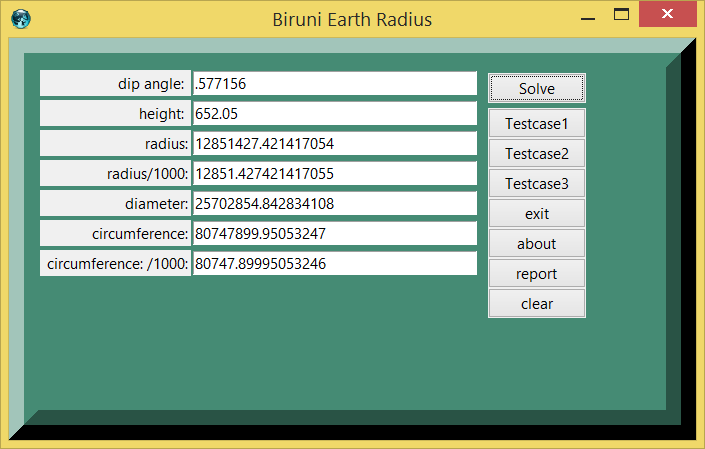 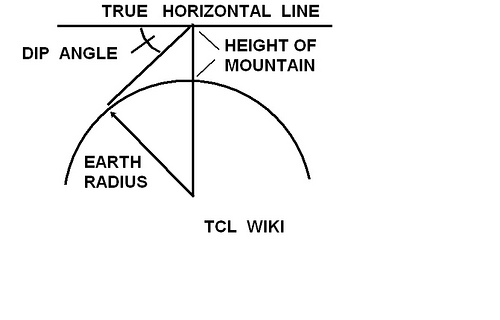 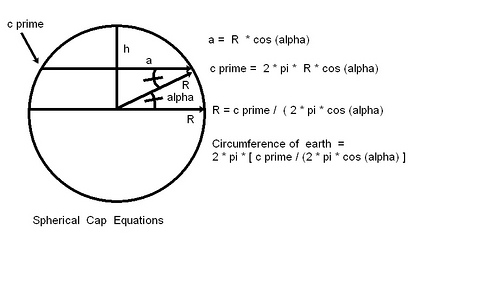