This page is under development. Comments are welcome, but please load any comments in the comments section at the bottom of the page. Please include your wiki MONIKER and date in your comment with the same courtesy that I will give you. Its very hard to reply reasonably without some background of the correspondent on their Wiki bio page. Thanks,gold

gold Here are some calculations for Old_Babylonian_Interest_Rates using TCL expressions.

In the cuneiform math problems and coefficient lists on clay tablets, there are coefficient numbers which were used in determining the amount of materials and the daily work rates of the workers. In most cases, the math problem is how the coefficient was used in estimating materials, work rates, and math problems. One difficulty is determining the effective magnitude or power of the number coefficient in the base60 notation. In cuneiform, numbers in base60 are written using a relative place notation. For example, 20 could represent either 20*3600,20,20/60, 20/3600, or even 1/20. The basic dimensions and final tallies were presented in the cuneiform accounts on clay tablets, but some calculations, some units, some explanations, and some problem answers (aw shucks!) were left off the tablet. The Babylonians did not use algebra notation, decimal notation, errors in percent, or modern units of measurement. So the reader will have to bear some anachronisms in the initial pseudocode preparations and final TCL code. At least one approach for the modern reader and using modern terminology is to develop the implied algebraic equations and decimal equivalents from the cuneiform numbers. Then the TCL calculator can be run over a number of testcases to validate the algebraic equations.

The clay tablet YBC-4669-rev was translated by Neugebauer and further discussed by Friberg and Al-Rawi. The interest amount is cited at one gur and the question is when or how many years will the principle equal the interest amount. If the interest amount = principal = one gur, then the P&I = 1+1 or 2 at the end of the last year. No method or answer result for the interest rate problem is given on the tablet, but a oneliner procedure was written in TCL. Since no interest rate is specified, presumably the interest rate is the silver rate at 20 percent interest. However, since the text specifies gur as a grain measure, there is a possibility that either the grain rate of 33 percent interest is meant or some other unknown rate to the modern reader. Although no answer is specified, it is desirable to establish boundaries on the problem using the rules of thumb, TCL code, and redundant methods. With trial and error method, the doubling formula equals expr (1+12./60.)*(1+12./60.)*(1+12./60.)*(1+12./60.) = 2.0736, where the answer is somewhat less than 4 years. Using the silver interest rate of 20 percent, an iterative solution is possible with procedure modern_formula_lump {1 .2 2} , succession modern_formula_lump{ 1 .2 3}, succession modern_formula_lump {1 .2 4}, where the approximate answer is 2.0736, roughly doubling in 4 years. An exact solution would be to interpolate between year 3 and year 4, as the TCL calculator does. As an alternate method, the TCL calculator with {1,.2,2} gives approximately 3 years, 9.5 months or 4 years rounding. Even considering the inadequate information, the problem in YBC-4669-rev is very similar to Testcase 1 already loaded in the TCL calculator.

Continuing with the clay tablet YBC-4669-rev as translated by Neugebauer. The interest rate problem is outlined in the text and the Babylonian answer is given as 34_43_20 base60. Asking for the silver principal, the givens are total Principal and Interest P&I was one shekel or one gin of silver. The term of loan was 3 years. In Babylonian terms, the interest payment were given as 1 mina per 12 shekels, the reciprocal of modern usage or expressions. In modern terms and inverted, the interest rate was 12 shekels over 60 shekels per year and would be expr { 12./60 }, 0.2 decimal, 20 percent. The Babylonians did not use percent, but the interest in percent is the most convenient form for the modern reader. The hand calculation in decimals is P&I = expr / 60. [* $principal [** [+ 1. $interest $year ]], expr { / 60. [* 1. [** [+ 1. .2 3. ]] }, 34.7222 decimal, converts to 34_43_20 base60. The term 60 is a units conversion. The numbers on the tablet are given in relative place value in base60 notation, so some problem boundaries are useful for checking absolute values of the base60 notation. The check on the boundaries of problem would be that the principal must be less than one shekel. The Babylonian rule of thumb is that silver doubles is two years. If 2*P equals 1 shekel in two years (reductio ad absurdam), then the answer for the interest problem for over three years must in range of a half shekel, 30/60 shekel. While the method was not on the tablet, the formula term (1+12/60)**year is a probable expression for the silver P&I and is considered a use for the Babylonian square and cube tables. 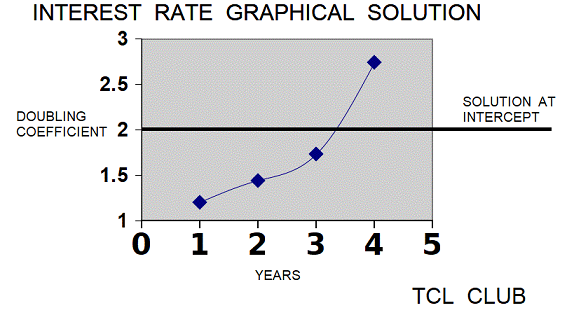 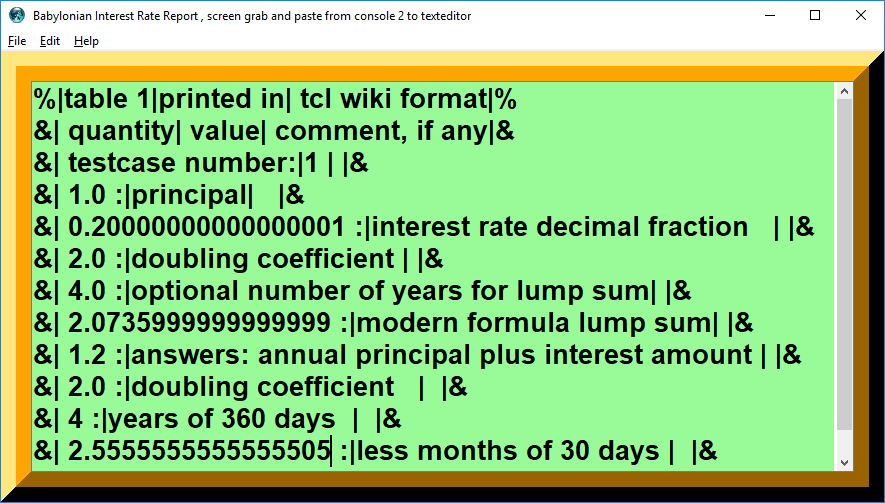 figure 3. Interpolation between Powers of 2 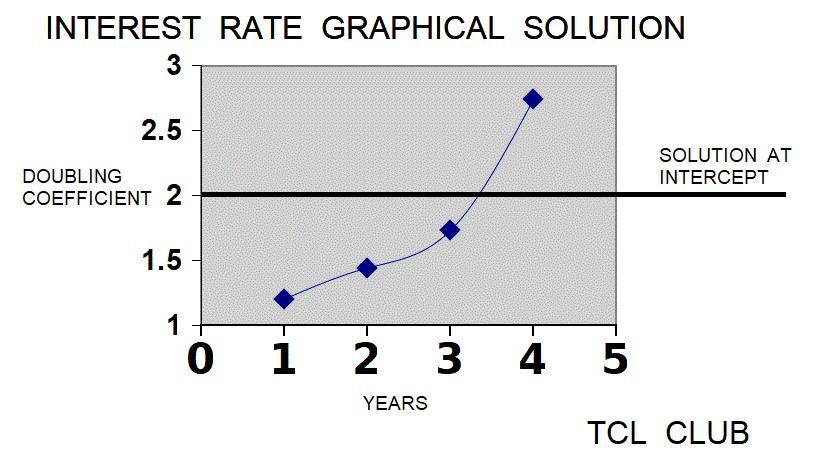