SCIRun is a problem solving environment or "computational workbench" in which a user selects software modules that can be connected in a visual programing environment to create a high level workﬂow for experimentation. Each module exposes all the available parameters necessary for scientists to adjust the outcome of their simulation or visualization. The networks in SCIRun are flexible enough to enable duplication of networks and creation of new modules.

Many SCIRun users find this software particularly useful for their bioelectric ﬁeld research. Their topics of investigation include cardiac electro-mechanical simulation, ECG and EEG forward and inverse calculations, modeling of deep brain stimulation, electromyography calculation, and determination of the electrical conductivity of anisotropic heart tissue.

SCIRun is written in C++ and uses TCL/TK as its GUI front end.It also provides an abstraction layer to make the task of moving data between the TCL and the C++ portions of SCIRun transparent to the user. GuiVars are variables that encapsulate the interaction between the C++ code and the GUI (Graphical User Interface) code. The variable does not hold the actual value, rather it holds information which is used to access the corresponding variable on the GUI side.

SCIRun is an Open Source software project that is principally funded through the SCI Institute's NIH/NIGMS CIBC Center. 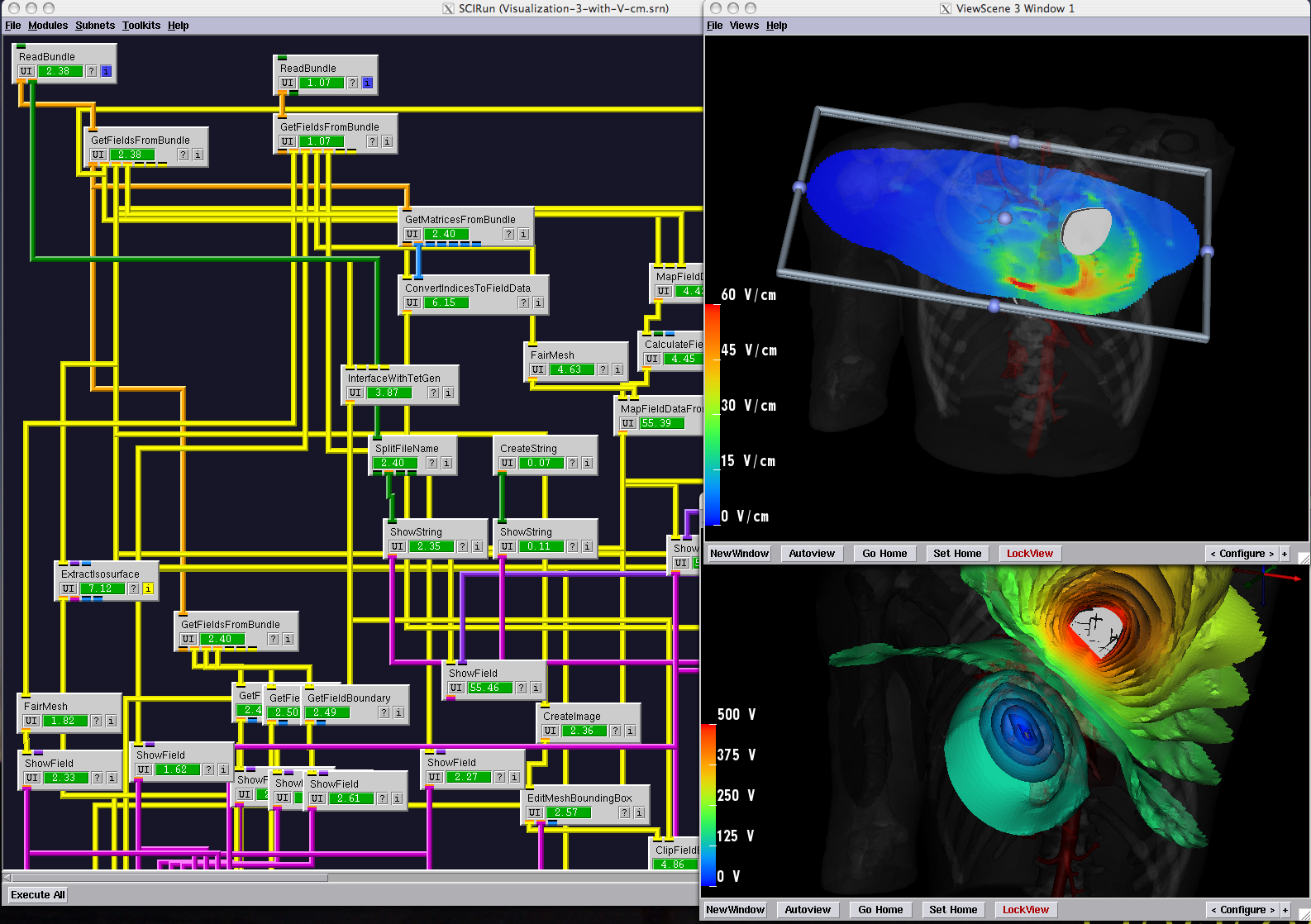