MJ 2016-08-18: After watching Christian Gollwitzer and dkf's talks on EuroTcl I was contemplating an idea for Tcl9. A big reason of Tcl's flexibility is brought by EIAS, however this is a double edged sword.

So how about a Typed Tcl where you can define and use Tcl_Objs with a specific internal representation and conversion functions to other intreps without passing to string.

You would need to declare the value as a typed value and as soon as you play the EIAS card, you will get an error unless you make the shimmer explicit.

This has a couple of benefits.

This approach is complementary to the approach of speeding up Tcl by code analysis. Sometimes I will just know when I don't need EIAS but I will just need speed instead.

DKF: The current diagram of what types we've found in the tclquadcode work is: 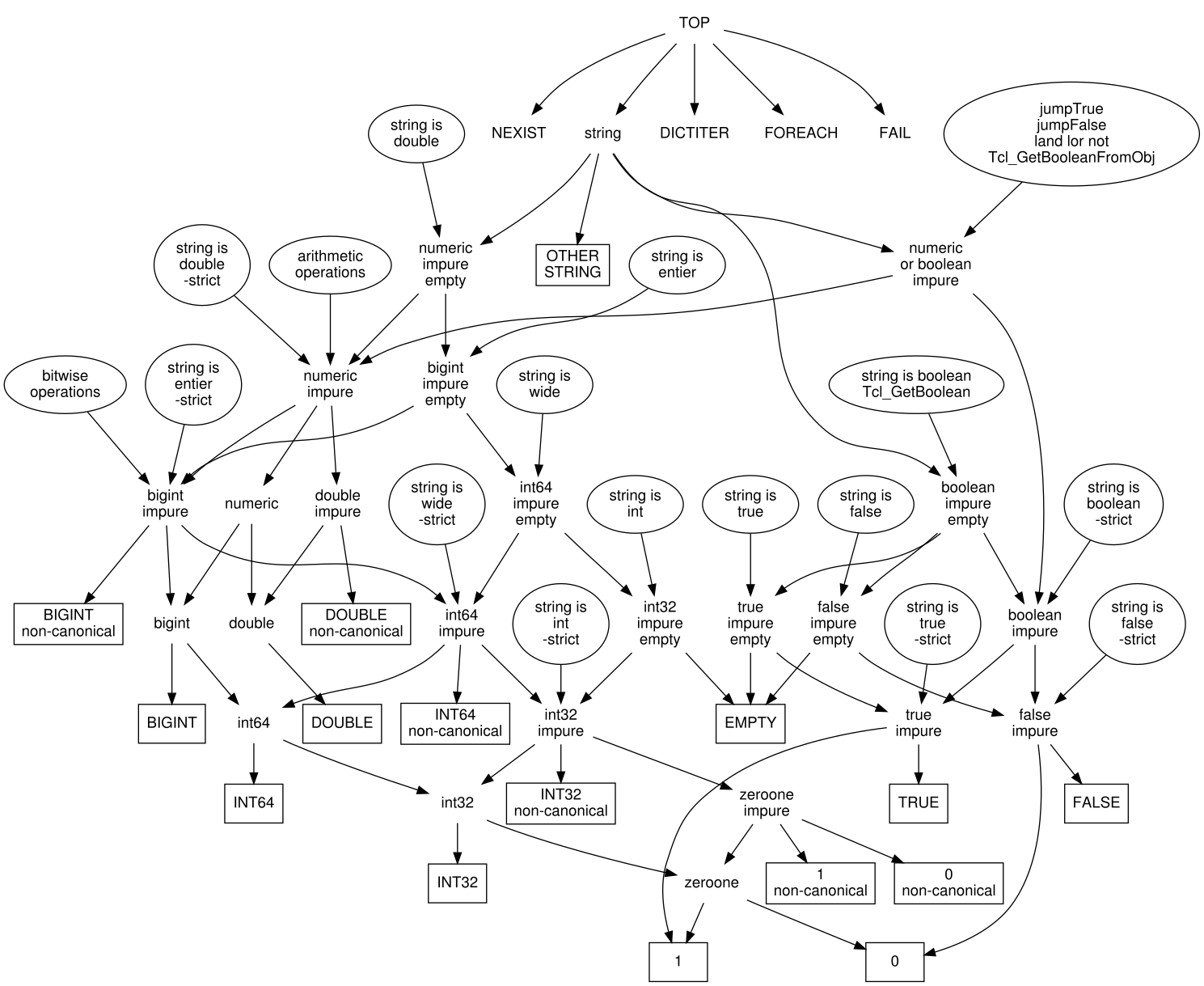 Yes, it's a bit complicated. No, not everything is a string, but most things are (the things which aren't don't appear as values you can manipulate and so can be ignored).

How could it look?

On second thought, this will require a library user to cast every returned value to an untyped Tcl value to prevent errors, so this seems to be similar to Java land Object.

Every Word is a Constructor
More discussion of the same topic.