Just a screenshot of an included demo app 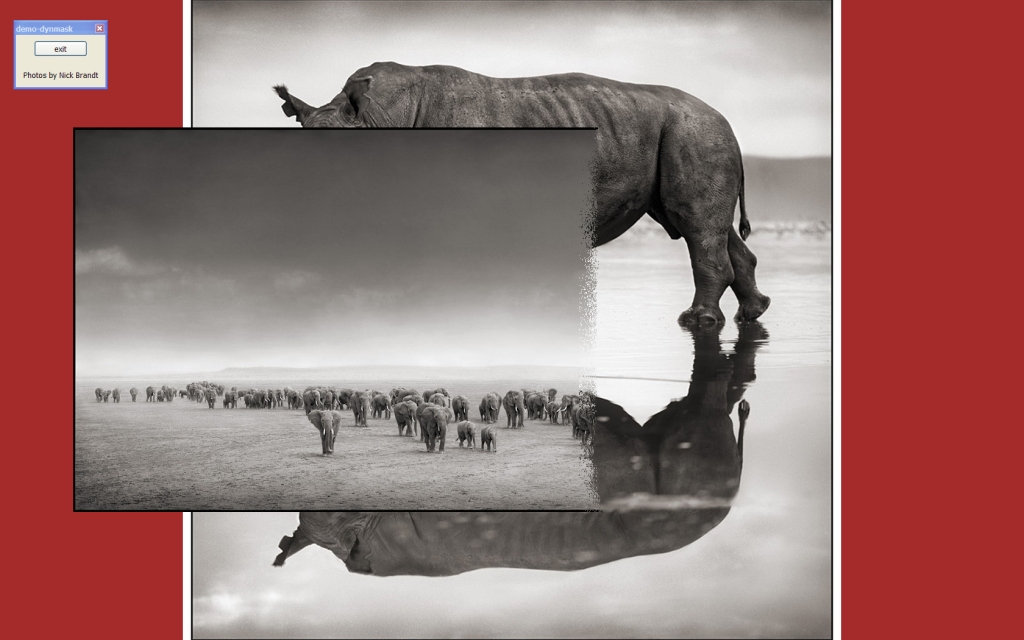 There's al lot of GDI stuff not included in Wingdi (graphics primitives, fonts, ...) just because WinGdi was developed as an experiment for playing with large/fullscreen images, trying to move, zoom, rotate and blend such images in real-time, without glitches and flickers.

And it works ! You can see some demos included within the pixmix package.

And the fun was it didn't require C-coding (*); thanks to ffidl, WinGdi was entirelly coded in Tcl.