grepGui -an experimental Gnocl based front end for use with Grep

WJG (11/Jan/2010) Almost a year ago I was at a conference in Edinburgh. During one of the sessions some bod from Princeton demonstrated how he was using grep for searching anthologies of Confucian texts and their commentaries. For those in attendance this was all magical stuff as the searches were done on a corpus of Classical Chinese texts spanning two almost two millenia requiring lots of difficult pattern matching. Ok, no Confucius or Mencius here today, but I was inspired enough at the time to go home and bolt something similar together myself in Gnocl. Here's a screenshot and the code is available from Sourceforge [L1 ]. 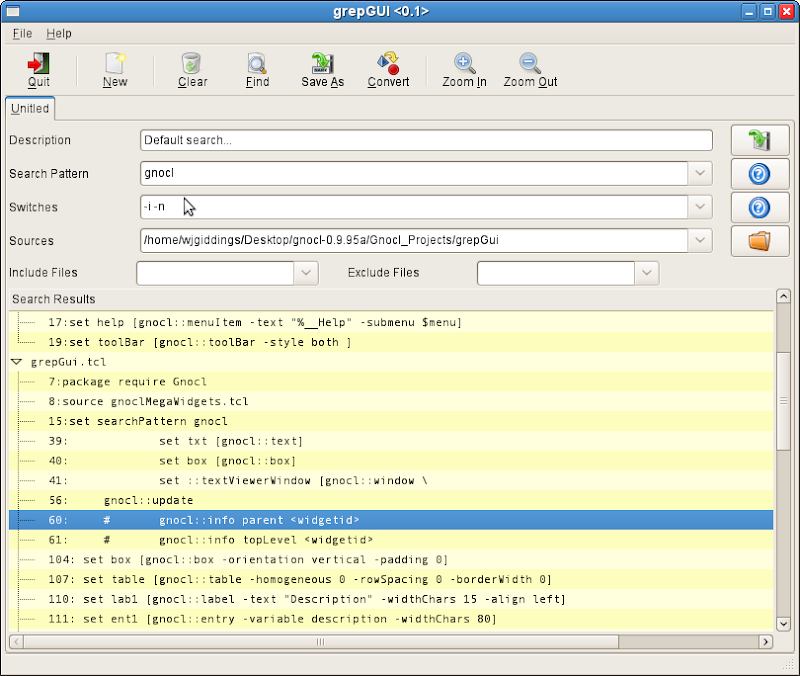