This is a review of gtkTtk version 0.7.

In order to build it, I had to ensure the following packages were installed:

The cmake build script did not locate glib or gtk properly.

In addition, the package includes ttkTheme.h, which is part of the tk source, and is not installed as an include file.

I used the following cmake command line. The puts [lindex $auto_path end] is the suggestion from the readme. Obviously not the best method.

Some of these issues are due to the fact that ttk generally draws its own widgets rather than using native widgets.

The following picture is on XFCE using the Adwaita Dark theme. 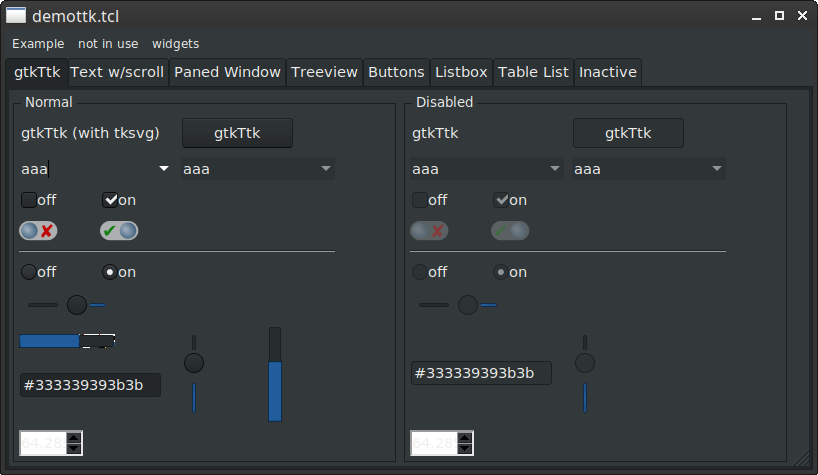