Common Open Research Emulator (CORE) is an open-source tool for emulating networks on one or more machines. It was once hosted by the Naval Research Laboratory and developed by Boeing Research and Technology. One of the GUIs (now deprecated in favour of a GUI in Python which is in BETA) is written in Tk.

The Common Open Research Emulator (CORE) is a tool for emulating networks on one or more machines. You can connect these emulated networks to live networks. CORE consists of a GUI for drawing topologies of lightweight virtual machines, and Python modules for scripting network emulation. 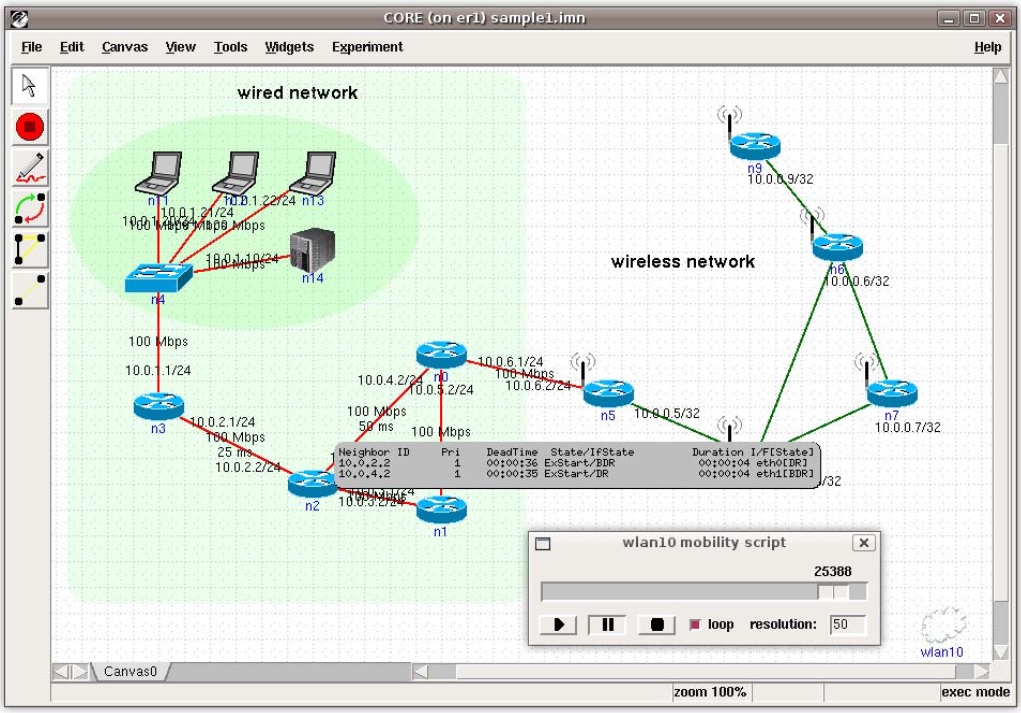