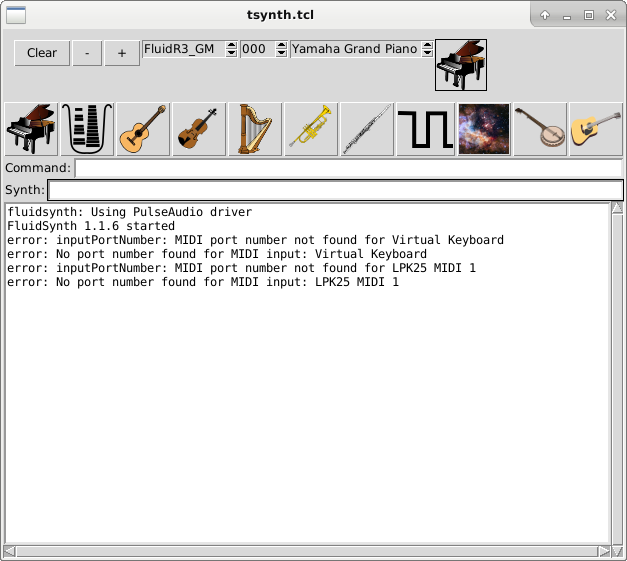 I want to give my little son a toy-piano - he likes pianos and music very much - but it should not be some throw away thing. So I buy a small, cheap but good USB-MIDI keyboard – which he can reuse once he is a studio pro – and connect it to a raspberry-pi clone connected via HDMI to a TV, which gives it sound, a display and is used for viewing videos too.

To give the keyboard a sound I use the free FluidSynth software synthesizer which comes with a – free – General MIDI Soundfont — a collection of about 200 synthesized musical instrument sounds.

In order to create sound I have to start up FluidSynth, then run a command to "plug" the keyboard in to it – which becomes tedious after a while and cannot be done by my junior.

So tsynth was given life: a Tcl-script which launches FluidSynth, connects it to the MIDI keyboard and lets you select instruments via buttons with musical instrument icons on them.