(my email is zipguypub @ thefreesite dot com please change the dot to a ".".)

Here's the upgraded interface of ML: 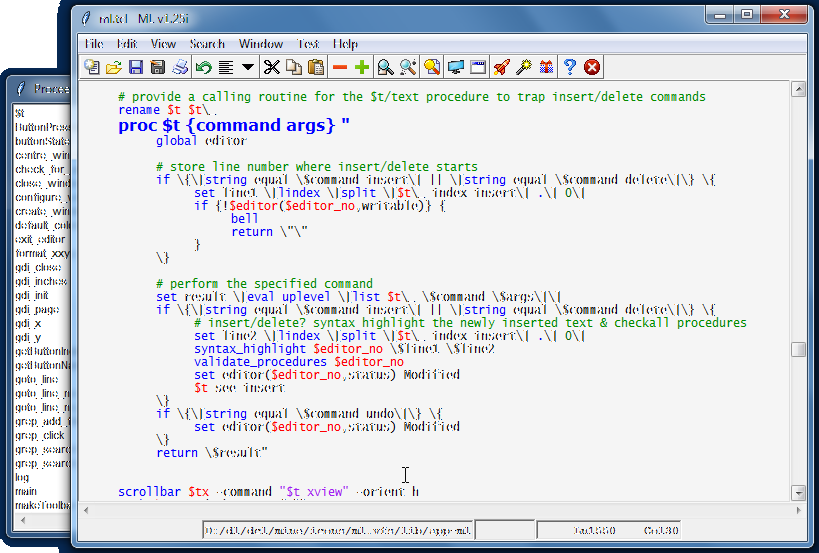 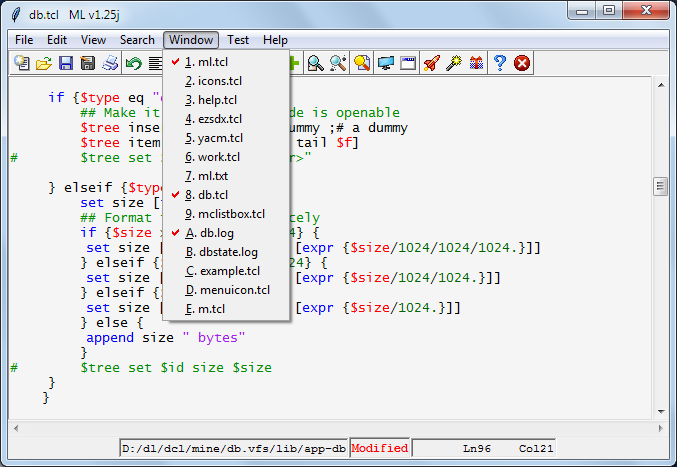 There is a new popup menu on a right click: 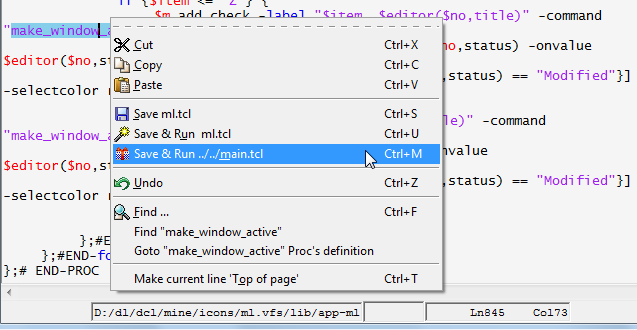 Note that this version lets you run the ../../main.tcl file, which is what the starkit would run.

ZipGuy: Here's the latest beta starkit you can download ML version 1.25j kit (click on the link and make sure you click on "Save Target as"). It is in beta, but runs extemely well on Windows, and, the kit versions up to ML version 1.25k should run on other platforms as well.

Here's a Comparison of the Versions, with Pros and Cons

Also, if you're running Windows, there is a version of ML version 1.25j at ml.exe (click on the ml.exe link and make sure you click on "Save Target as") which is also in beta, but it is a Starpack, only for Windows (newer than Win2K), which is a little bit larger, about 2.6M.

It is nice because you do not need tclkit.exe, which it does write out when you run it. Also, I was thinking of having it have ezsdx.kit inside of it, which it would write out also. Although if it did that, someone would have to be kind of smart to know how to set that up, to be able to run it.

Here's the ML version 1.24 kit (click on the link and make sure you click on "Save Target as"). 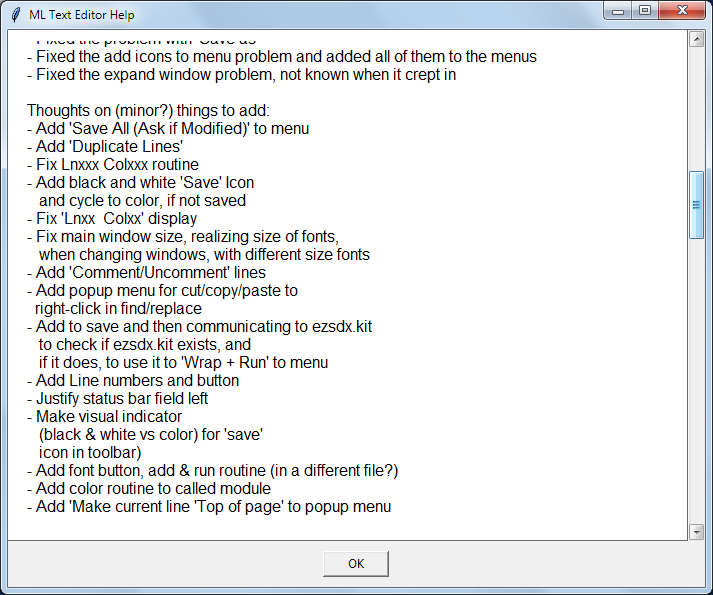 Here would be a good place to:

ZipGuy 2013-03-11: Add links that work, into the help screen, and a right-click popup-menu to copy items or links.

What you need to do is download the link on 2 above (which should be called "ml125h.kit") and save it to a directory.

Then you need to download a TCLkit.exe to run the kit, when it is not a starpack. The ml.kit file should run on almost any machine, any OS, as long as you have a TCLkit's for that machine/OS. TCLKit can be found at http://code.google.com/p/tclkit .

Make sure it's name DOES NOT INCLUDE "sh" in it, which means IT DOES NOT HAVE TK in that version.

does not have TK in it!

It's at http://www.geocities.ws/thezipguy/tcl/tclkit/index.html , so far under construction.

MHo: Thanks, I do create starkits and starpacks by myself and I'm familiar with the technology itself. I just downloaded the kit again, and it worked out of the box - don't know what I've done wrong before. The .exe is a 64 bit type, so it won't run on my XP ;-) simple enough to rework, though. Thanks again.

MHo Didn't find that at your homepage download area.

ZipGuy 2013-06-04: My home page does not have a "download area" yet. What you should have done is go to the link on my home page (which is after the splash screen), <My Tcl Desktop> . I assumed you would have tried link 3 above, which has been good for months (although it said it was 4Meg, which I also updated, today, on this page to "which is a little bit larger, about 1.4M"). 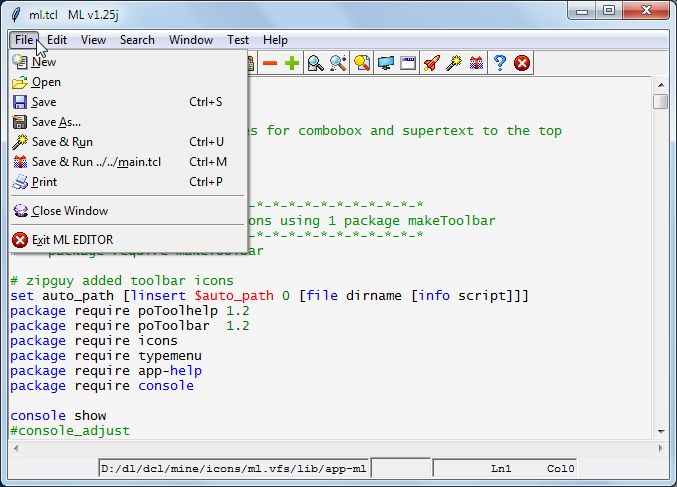 which is great. Now I've got to add all of those to the rest of the menus, sigh. How did I do this? The answer is in Icons and Menus. Done doing both, updating the popup menu, and updated this page (and the graphics too).

The newer versions are ML version 1.25k kit which is now 1.2M and the version of ML version 1.25k at ml.exe , which is 2.6M. The reason I did this (updating both) is so both will be able to run tcl files as well as editting them. I will leave up the old link to ML version 1.25k, in case someone is still on dial up, because it is a lot smaller, about 70K.

ZipGuy 2013-10-26: I've written a new page which shows how I use ML. It's called ML Heavy Usage on Windows, which does explain itself in the title. I'm up to MLv1.26c so far, but not yet ready for release, I'm working on the "Procs..." button. I think it may be ready soon. Here's what I done so far