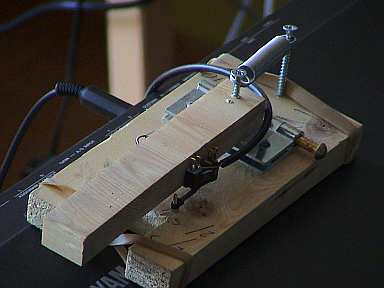 First we define the domain of the initial state variable State-Of-Dutch-Politics, abbreviated sodp domain, and initialize the state variable:

As a very simplistic choice of input variable, we take it to reflect the election winner, assuming there is one, and that this quantizeable and qualifiable, and for now define the finite state machine input domain, and a few quasi random transitions:

To make sure we get a good result, or to make sure we only 'try' valid options without working the whole machinery, and without a catch construct being needed and to stay within mathematically and programmingwise acceptable and neat ways, we could introduce a query function, which returns the possible state transitions from a certain state, maybe with some weighing of options:

now we can call the procedure starting from a certain current state of dutch politics to get important information on the possible next state:

we can try to select a new state before we actualy call for an actual transition:

Surely, we must neatly define our labels, and keep accurate record of them, the first list argument is not in good practice enough.

Lets see how we can add a new transition

It would be nicer of the query possibility to list that we have a koekoek transition, except it will only work from the worse than bad state to arrive at the worst state. We could suggest that too, as query response.

Now lets extend the state domain with another few states:

After adding a element to the domain, we could want to detect there is no state transition leading to that new possible state. Also we didn't yet define multiple transitions. And of course when we allow run time additions of domain elements and transitions, the new state computations should contain double checks, too.

For all university student wannabees or exes or whatever in between, the following exercise would seem appropriate:

Estimate the order of the growth rate of the various variables and functions size or of the number of possibilities they span. For instance, suppose we take into account all possible election results as unordered combinations of exactly two parties, how many new states can arise, or: how big would the transition table need to be when the number of states remains the same and one mapping function to an intermedeate valuation is allowed?

I'm trying to think of something along the lines of an american army training drill song, but nothing good enough crossed my mind yet.

Lars H - How about Tom Lehrer's old suggestion for the official song for the US army: It Makes A Fellow Proud To Be A Soldier [L1 ]?

(Maybe not a training drill song, but still on a similar theme: If You're Happy And You Know It Bomb Iraq [L2 ]. Also available as singalong at [L3 ].)