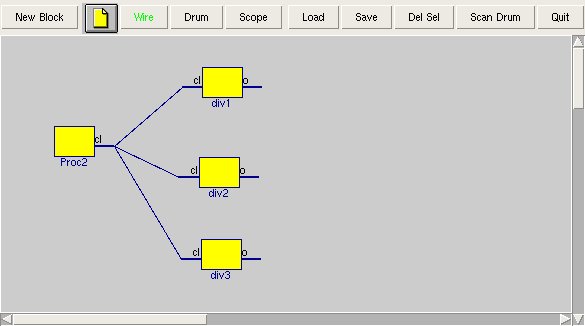 The generator in the example could be a high frequency generator, which is divided a few hundred times in the dvi1..3 blocks to generate square waves (most likely) which form a minor triad chord at their combined outputs. This happens to be an interesting software matter too, for instance for repeated servicing of times services, especially when they're fine grained.

In this signal diagram the div1 block divides by 2, the div2 block divides (necessarily asymmetrically) by three, and div3 is a four-divider, meaning their signal repeat in intervals of respectively 2, 3 or 4 input clock cycles. Of course Proc2 is the clock generator block.

To make the sound of a minor triad musical chord, the blocks would have to have frequencies which are like the C, Eb and G note, which can be relatively accurately achieved by choosing division factors in the order of a few hundred (9 or more bits dividers in hardware) to get the right frequencies with enough accuracy. In software, this is harder, because the call rate of the main clock procedure would be quite high. 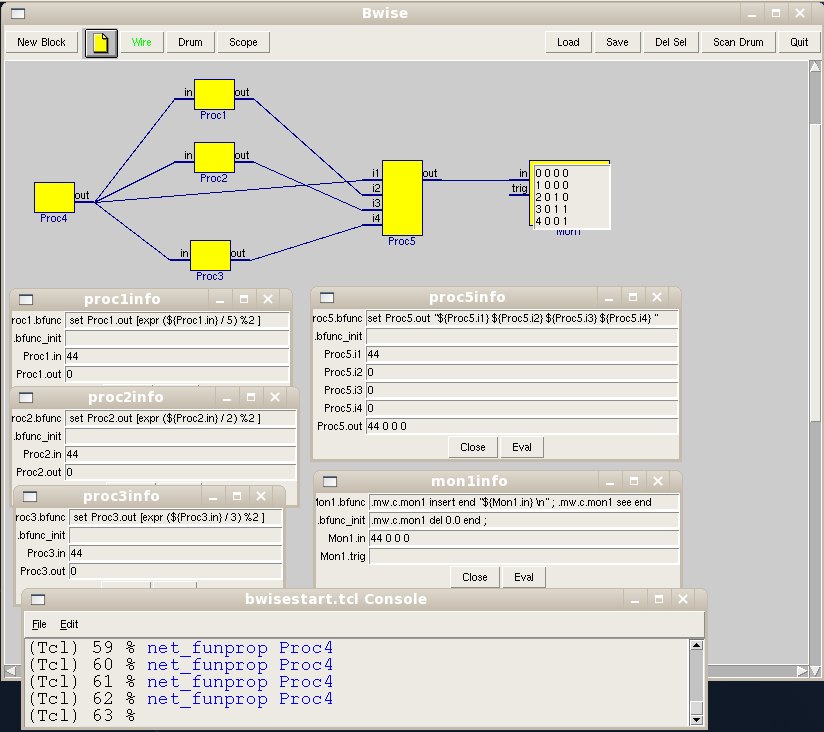