This page is under development. Comments are welcome, but please load any comments in the comments section at the bottom of the page. Please include your wiki MONIKER in your comment with the same courtesy that I will give you. Its very hard to reply reasonably without some background of the correspondent. Thanks,gold

gold Here are some TCL calculations for math problems on Combined Market Rate. In modern algebraic notation, the conventional formula for combined market rate (CMR) equals N / (1/mr1 +1/mr2 +1/mr3...... +1/mr( N )), where mr are successive market rates from the first market rate mr1 to the Nth market rate. The units are not critical in the calculator internal math and any consistent input units and output units might be used like dollars to donuts.

In the cuneiform math problems and coefficient lists on clay tablets, there are coefficient numbers which were used in determining the amount of materials and the daily work rates of the workers. In most cases, the math problem is how the coefficient was used in estimating materials, work rates, and math problems. One difficulty is determining the effective magnitude or power of the number coefficient in the base 60 notation. In cuneiform, numbers in base 60 are written using a relative notation. For example, 20 could represent either 20*3600,20,20/60, 20/3600, or even 1/20.The basic dimensions and final tallies were presented in the cuneiform accounts on clay tablets, but some calculations, some units, some explanations, and some problem answers (aw shucks!) were left off the tablet. The Babylonians did not use algebra notation, decimal notation, or modern units, so the reader will have to bear some anachronisms in the initial pseudocode preparations and final TCL code. At least one approach for the modern reader and using modern terminology is to develop the implied algebraic equations and decimal equivalents from the cuneiform numbers. Then the TCL calculator can be run over a number of testcases to validate the algebraic equations.

The extant hand tablets in math are small and are simply columns of numbers only, usually without headers. The TCL table format is suitable to display the mixed base_10 & base_60 numbers. In fact, the tables on clay tablets are the ancestors of the modern math tables and computer spreadsheets. To the basic core of decimal numbers, some labels and sums are added. The math tablets customarily list numbers in descending order of magnitude. In our tablet presentation, the large sale of 4 apples is listed first and not in chronological order. The larger and formal tablets may have line numbers, header labels, totals, numbers in margin, place, and signature, but not common or complete in school tablets.

There are Babylonian texts where two market rates for different quantities are straight added or subtracted. The term for market rate depending on the cuneiform language are mahirum or ganba (KI.LAM). In one problem, the market rate for oil was 8 silas per shekel and 10 sila per shekel; the given difference or profit was 2 sila per shekel. However, there was lack of a small currency in Mesopotamia. Most transactions in Ancient Mesopotamia were in kind and profits were based on the stock, oil, or grain on hand. or effectively the accounting value in barley measures. Lets construct a problem where the reciprocals of prices are easy fractions in base 60. In the constructed problem using a barrel (beriga) of 60 silas ( 1 sila=1 liter) , the merchant brought sesame oil for 12 silas per shekel (mr1) and sold for 10 sila per shekel (mr2) ; the given rate difference was {expr mr2-mr1} or 2 sila per shekel. The original price was 1/mr1, 1/12, or 4/60 shekel per sila. The selling price was 1/mr1, 1/10, or 6/60 shekel per sila. The merchant made a profit of {expr 6/60-4/60}, or 2/60 shekels per sila. Using the modern method of price calculation and following the Friberg derivation, Profit P1 equals Barrel_Capacity * (sell_Price_2 – buy_Price_1), Profit P1 equals Barrel_Capacity * (1/market_rate2 – 1/market_rate1). The profit on a barrel of sesame oil would be P1 = Barrel_Capacity*( 1/m2-1/m1), {expr 60 * (6/60-4/60)}, or 2 shekels. Using the original market rate, the profit can be expressed in kind as {expr 2*12 } or 24 sila of sesame oil.

Now as life complicates the affairs of the Babylonian merchant, suppose the merchant carries stocks of fine sesame oil and common palm oil, but deals with no silver currency. Now, profits must be measured in kind, oil stocks, or accounting values. There would be 4 market rates (m1&m2 for fine oil, mr1&mr2 for common oil. Lets keep the same market rates for the sesame oil as m1s of 12 and mr2s of 10, but add market rates for the common palm oil as mr1c of 15 and mr2c of 20. Considering the original market prices, the market price ratio of fine oil over common oil would be (1/mr1s)/(1/mr1c) or { expr (1./12)/(1./15)} , 1.25 decimal or 75/60 as a base 60 fraction. Using the same barrel for the common oil, the merchant found a loss of {expr 60*(20/60-15/60) }, or 5 silas of common oil. The loss was equivalent to {expr 5*60/75 } or 4 silas of fine oil. The Babylonians did not use positive and negative numbers in the tablet era, but the tablets do record equivalent of surplus product or deficit product as commonly oil or barley.

Method of summing base_60 reciprocals.

What is the source of the new high prices? The short answer says “fish is fish and gold is gold”. The Babylonian merchants dealt in silver bars, gold ingots, gold jewelry, valuable iron armor and weapons, and costly tin ingots for making bronze. The original problems here dealt with one silver gin, but the scale of value in silver goes from one grain (0.15 gram) of silver, one silver gin (9 gm), one silver mana (497.7 gm), and one talent (30000 gm). The relative values of metals in different eras comes into play also. During the classic Sumerian eras, tin and iron was much more valuable than silver, including uses for jewelry, ornamentation, and artworks. Ancient Mesopotamia was poor in metals and generally these “new” metals and ores introduced into the ancient economy came from great distances as far as modern India, Spain, and Egypt.

In modern algebraic notation, the conventional formula for combined market rate (cmr) equals N / (1/mr1 +1/mr2 +1/mr3...... +1/mr( N )), where mr are successive market rates from the first market rate mr1 to the Nth market rate. In electrical engineering, the algebraic formula for joint resistance of 2 or more parallel resistors is exactly the same. The conventional formula for joint resistance a) rp = N / (1/r1 +1/r2 +1/r3...... +1/r( N )), where the joint resistance is dubbed jp and r()'s are successive parallel resistors from the first resistor r1 to the Nth resistor. If the reader will pardon a change in variables for joint resistance rp and resistors 1 to N in parallel (r1,r2,r3 etc), some convenient formulas for parallel resistors and other quantities can be developed to match old textbooks, including the clay tablets. This discussion covers parallel resistors greater than zero and specifically excludes trivial cases of either rp, r1, or r2 = 0. For 2 resistors in parallel, the base equation is b) 1/rp =1/r1 + 1/r2. Inverting both sides and combining terms on the right gives c) rp = (r1*r2)/(r1+r2). Solving for r1 and r2 alternately presents d) r1= (r2*rp)/(r2-rp) and 4) r2= (r1*rp)/(r1-rp). For three resistors, the base equation is e) 1/rp =1/r1 + 1/r2 + 1/r3. Inverting both sides and combining terms on the right gives f) rp = (r1*r2*r3)/(r1*r2+r1*r3+r2*r3). For rules of thumb, the joint resistance is generally lower than either r1 or r2 and following from this conclusion, certainly lower than the average of r1 & r2, excluding r's = 0 cases or shorts. These parallel resistor formulas can be packaged into one-liner procs and were used to check the calculations and to develop testcases for combined market rates.

Math Expressions into a TCL Procedure

For evaluation of the market rates in tablet YBC 4698 (pm. 3, Proust) from the generic linear solution, the entries might be mr1=3 sila, mr2=12 sila, and total_price=1 gin. P2= (1/5) gin, or P2=12/60 gin as a base 60 fraction. P1= 4/5 gin, or P1=48/60 gin as a base 60 fraction. As a math check, the sum of 12/60 plus 48/60 = 1. It is suggested that the modern linear solutions are within +- 20 percent of the possible Babylonian solutions and base 60 round-off, but the complete answer was not found or given in the texts. From the Friberg and Proust paper(s), there is reason to believe the answer was not given, because the solution was inherent or commonly referenced to possible metrological tables or commodity price/rate standards (including law of Eshnunna, see Friberg). The Babylonians mostly used market rates and integer ratios for m1/m2 as limited integers under 30 (in base 60). A table of generic linear solutions from rational integer fractions could be constructed using a TCL subroutine. And if the right Babylonian math tablet could be found …

gold 10/7/2018. Technical note on TCL calculator buttons addressing the reference ASK12 of 2017-02-19 . Many complex math programs have either initialize, refresh, or reset routines to force correct behavior, using calculator buttons. Of course, a very good feature of TCL is that new variables as number types do not have to be initialized prior to use. Repeating, setting a new number variable to 0 or 1 is not necessary prior to using the variable. I confess that habits brought from prior learned languages and 40 years ago are hard to change. Most of my gui programs on this wiki have a flexible button procedure (on changing labels and resetting variables prior to calculations). Where the program defaults are recalled, canvas colors/features/variables/clear displays are reset prior to ( in push button list) calculation. The buttons on the calculator are not limited to a single action proc or single shot. A button command may call multiple statements and procs like ::ttk::button .test4 -text "Test_wild_case3" -command {clearx; refresh_canvas_x .cv; fillup 120. 12.0 15.0 1. 1. 1. 1. 104.0; set global_variable 9999.;solve_routine;printout_routine;# need semicolons here; exit}. This is effectively a separate program or subprogram installed as list of procedures in a button. The TCL language is very flexible, and as experiments, the button may invoke a do while routine to call the listed button procs multiple times like the infinite repeater (Sfi). The button may invoke command and call procedures for a random number of times and random solutions, like nerve and muscle firings from the human brain in thought and speech (not Sfi). For cosmetics, the button may set colors, frame width, canvas objects, and variables with the random proc lpick from RS on the wiki. As long as duplicate frames, duplicate canvas, pack managers, and channels are not confused reference the original program, one can load secondary and entire procs into the button list. Returning to the conventional use of resetting variables, the button refresh and initialize tactic should work across the TCL versions, at least in the versions tested (TCL8.5, and TCL8.6). 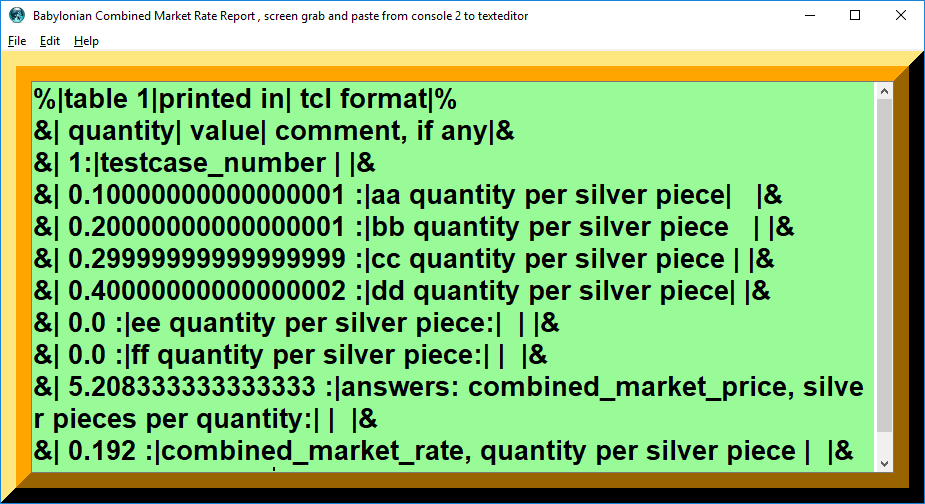 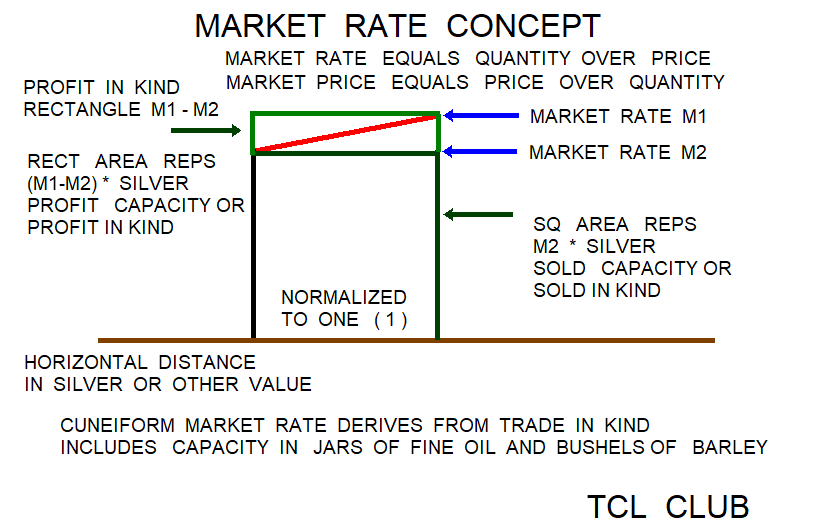 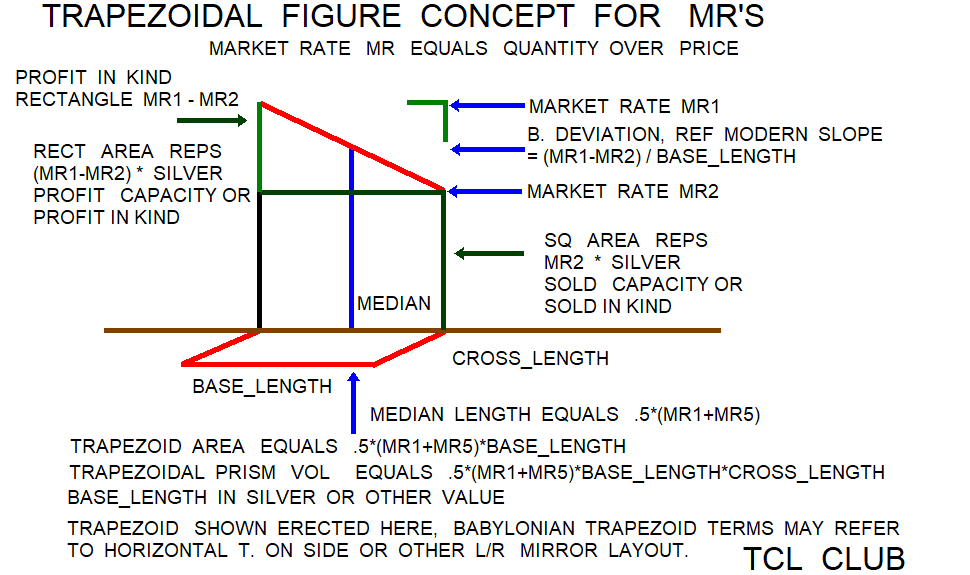 Would you so kind to give the TCL Club link? {gold] https://www.facebook.com/groups/tcltk/ . You may be interested in file "Free TCL books and docs from Facebook TCL Club.odt" on club file system. However, I am not sure this file format is sufficiently clean and presentable to the wiki. PS. I can not access your moniker or bio page, has the wiki loaded such a page for you. This should be automatic and your filling out page is voluntary.