Tcl and its extensions, Tk and Expect, are powerful tools that allow you greater control over your systems, and easier control of interactions between systems.

This the primary starting point for those looking to learn Tcl. Is there a topic you feel should be discussed but which often isn't? Add it to one of the categories below!

RS: A hint not only for beginners: due to its interactive nature, Tcl itself is a very good teacher. Start up an interactive tclsh (i.e. not specifying a script file). Type commands in, see how it reacts. Make intentional errors (you can hardly break anything). Read the error messages, they're very often very helpful.

LV: I would, however, suggest that they could locate and use tkcon, if tclsh's minimalistic interface is difficult to use. Also, if you are using vanilla tclsh, read up on the history command.

Dodekalogue
The rules of Tcl

A User's Guide to Tcl/Tk

Tcl Developer Guide
The entry point for the practioner.

Beginning Tk
Learn to wield the most productive GUI toolkit ever.

Learn to Program
The general art of programming introduced from a Tcl perspective.

Tcl Commands
Manpage extracts for selected commands - and extra notes that are not in the manual.

Advanced Tcl
Topics which usually come up after someone has a grasp on the basics of Tcl and Tk.

Show me an example
A step-by-step walkthrough of a first Tcl program.

Why is keyboard entry in Tcl so crude?

Is tclsh or wish suitable as a login shell?

Where to Ask for Help

It's always a good idea to search this wiki and the Internet for answers first. If good information is not to be found, the following resources provide information on where and how to ask for help. Also check out Effective ways to request help with Tcl-related problems.

comp.lang.tcl
One of the best places to ask for help. Make sure to read the introduction and posting style guide first.

Ask, and it shall be given.

John Ousterhout, the creator of Tcl, produced various tutorials, guides, and references, and also the classic book on Tcl. 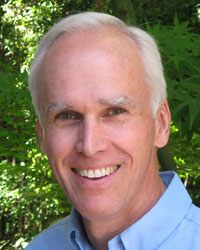 BOOK Tcl and the Tk Toolkit

An Introduction to Tcl Scripting
Based on John's powerpoint tutorials.

Writing Tcl-Based Applications in C
Based on John's powerpoint tutorials.

Building User Interfaces with Tcl and Tk
Based on John's powerpoint tutorials.

Practical Programming in Tcl and Tk
(in print)

Tcl and the Tk Toolkit

Tcl/Tk How To Program . A Book In Arabic

Talk to me, Tcl
How to learn using an interactive Tcl.

Unix Shells
An introduction to Tcl syntax by comparision with Unix shell syntax.

Tcl Learning Exercises
A list of exercises, in order of difficulty.

braintwister
A guide to pages containing examples that give your Tcl I.Q. a workout.

Who Wants to Be a Tcl Hacker: Quiz Game
Customize the questions and answers to any subject and have some fun with your students.

What's My Line?
A game-like exercise where the goal is to guess the output of the Tcl script.

TclRobots
A programming game in which one writes Tcl programs to control a robot which must survive a battle with other robots.

Tcltalk
An interactive learning tool and development environment for Tcl/Tk.

The following list might be better suited for some other page, but until a better home is found, it lives here. This is a list of are concepts that have proven vital for a good working understanding of Tcl, and should help to get one's bearings if new to the language:

The Dodekalogue is a fine thing
A little time invested in digesting the dodekalogue has an enormous payoff.

Double quotes are not a string contructor
Every value already is a string. Double quotes, braces, and the backslash character merely escape the special meaning of various characters in Tcl syntax, indicating that whitespace, $, or [, ", {, or \ charactes are a part of the value rather than a special instruction to Tcl.

Braces are not a list constructor
Rather, a value is a list if it conforms to the prescribed format of a list, which uses braces and the backslash character as needed to distinguish between items in the list and the whitespace delimiting those items. One of the biggest misconceptions among Tcl script authors is that one can cobble together a list by adding values to a string and separating them with whitespace. The technique appears at first to work for a lot of values, but eventually some value that needs proper quoting turns up. Avoid problems by using list to create a properly-formatted list, and use commmands like lappend and lset to manipulate those lists.

Brace your expressions
If expr receives one literal string as an argument, its performance is often much better. Also, since expr does its own variable and command substituion, bracing the arguments to expr protects against the perils of double substitution.

Prefer {*} over eval
{*} is worth understanding from the get-go.

An array is a collection of variables, while a dict is a list mapping keys to values
Both are fit for various purposes in a script, with some overlap. dict is not intended to replace array, but rather as another useful feature in its own right.

Values are copy-on-write
New Tcl programmers are tempted to do gymnastics in their scripts to avoid what they perceive as additional memory costs of passing values around. In fact, Tcl doesn't actually copy the value until modification of the value makes it necessary. the unshared value idiom can be used to avoid the making of a copy when a value is modified.

a command that modifies a value takes as an argument the name of the variable holding the value
This is an example of using a string as a handle, and is the natural way to design a function whose purpose is to modify some value named by the caller. In contrast, commands that simply use the value without modifying it take as an argument the actual value rather than th name of variable holding the value. This pattern is evident throughout the built-in commands.

The event loop that is built into Tcl is quite handy
It's a more advanced topic, and usually requires a program to be structured quite differently, but a built-in event loop is one of those things that differentiates Tcl from other scripting languages. It is a good idea to learn to take full advantage of the event loop before turning to threads. Those using Tk will find it necessary to get familiar with the event loop in short order.

Important advice, heard from RS: "Tcl is so good in introspection, that you should always have an interactive tclsh around for testing - way faster than c.l.t, and more convenient than reading the man pages, or thinking oneself ;-)"

This is a selection of pages deemd to be particularly intructive for learning Tcl idioms and usage. The Tk page has a similar section specifically for Tk usage

Slurping Up Text in Tcl

a little learning decision tree
A simple but engaging lesson in creating a program that learns.

The infinity trick
working with "infinity" in expressions

How to make a Tcl application

What kinds of variables can Tcl scripts use?

What kinds of variable names can be used in Tcl?

Tcl variable scope - how does Tcl control when a variable is seen?

What kinds of data can Tcl scripts use?

Is white space significant in Tcl?

Why can I not place unmatched braces in Tcl comments?

How can I do math in Tcl?

How am I supposed to handle errors in Tcl?

What debugging tools are available to a Tcl programmer?

How do I read and write files in Tcl?

How can I get input from a user and then safely make use of it?

How would I program 'ring around a rosie' - looping constructs?

How would I reuse my own Tcl code?

Are there any recommendations or requirements regarding what order code appears in a Tcl program?

Tcl and octal numbers
How to deal with the fact that in numeric contexts, Tcl interprets values such as 042 as octal numbers.

What some command arguments expect
A tutorial regarding double substitution.

Contents
contents of this wiki

Frequently-Made Mistakes in Tcl
by CL

Tcl Editors
how to edit the text of a program

Arts and Crafts of Tcl-Tk programming

Dirty Dozen
a selection of web resources related to Tcl

Example scripts everybody should have

Expect Exceeds Expectations, Cameron Laird, 2002
Argues that Expect is the one language you most need to learn

Lynda.com's Tcl/TK Training and Tutorials page
Alas, it consists of a course on Tkinter.