I've been looking around for "Font Choosers", and here are the ones I've found so far. Some of the screenshots are from my site, at http://www.geocities.ws/thezipguy .

You can feel free to edit this page, and add more "Font Choosers", if you find another one. A screenshot would be great, especially for comparison of features.

MG Tk 8.6 includes a built-in fontchooser , which uses a native dialog on Windows and MacOS X.

It's my new favorite. Thanks a lot for pointing it out to me, MG. 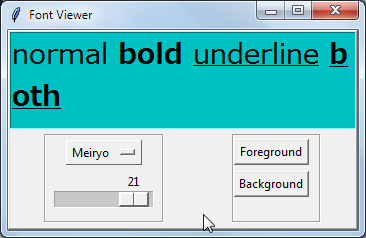 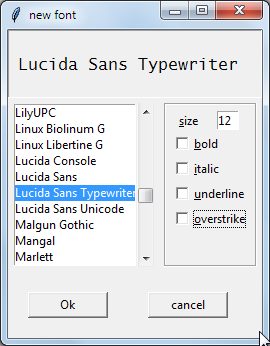 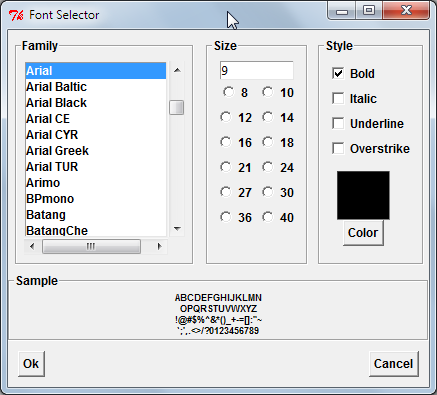 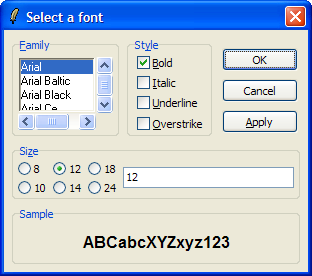 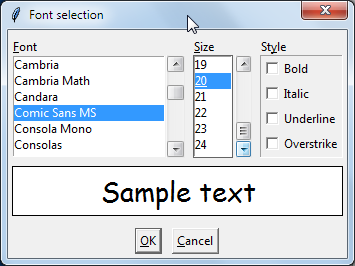 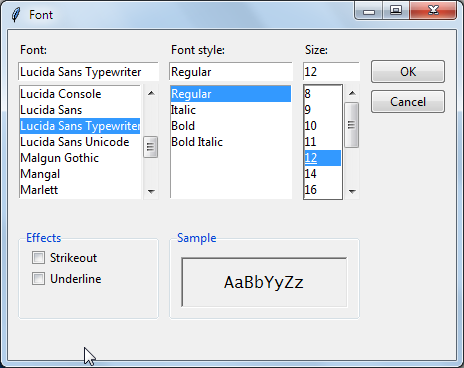 The one above used to be my favorite, but that's because it looks so familiar to me, since I've been on Windows (now 7,) back when 3.0 came out.

But now, I have a new favorite, namely fontchooser , which is built-in to ActiveState's 8.6.0 release. Sample: 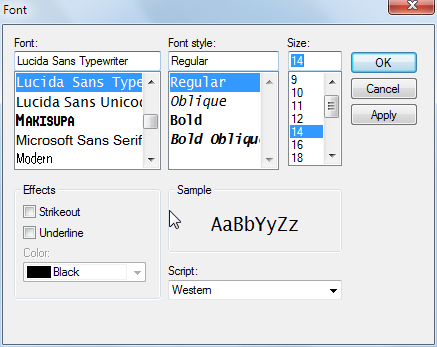 MG It's not Windows only - the command is there on Mac OS and Linux, too. The dialog just look different on each platform; Windows and Mac OS both have native versions, while Linux uses one written in Tcl (looking at the source, it seems to be Keith Vetter's dialog above).

And here is one more dialog: 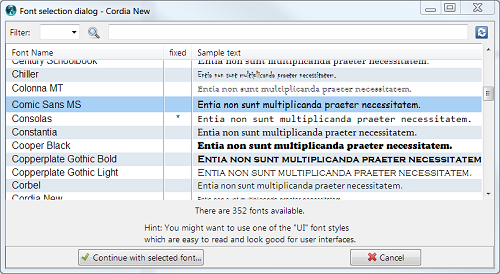 Another font chooser dialog - based on tablelist

WJG (07/03/18) The Gnocl offering is shown here. Display strings are configurable and the background window in this screenshot clip also contains instances of the font chooser button which triggers the launch of the dialog. 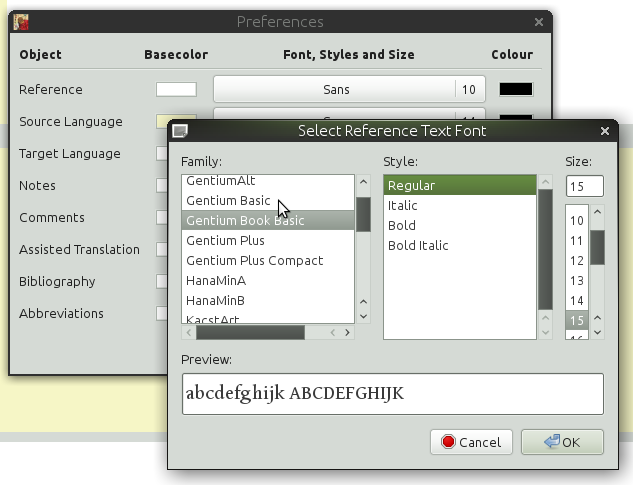